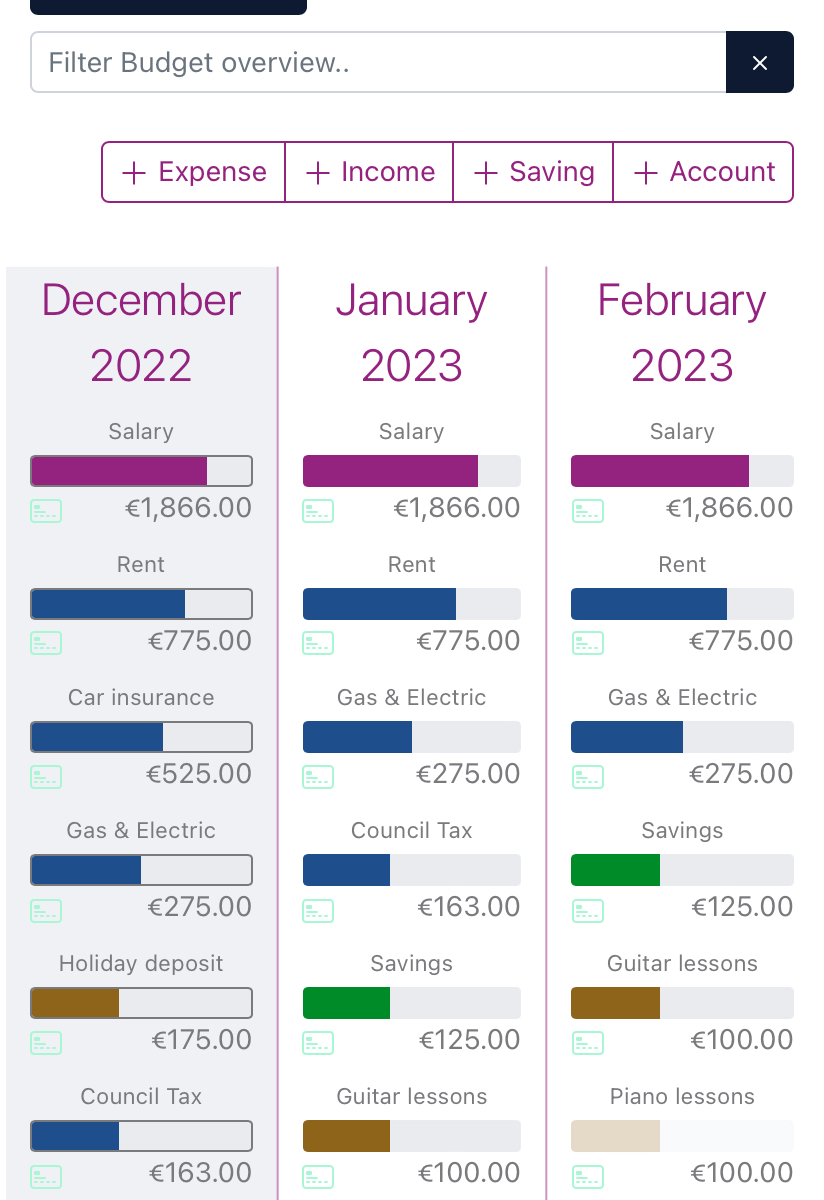 No sinister reason behind this and we still fully expect to release Budget Pro within the first half of 2023. The issue was simply that there were still things to learn from Budget, our free budgeting App.

During the open beta, we learnt far more than we expected. We had to improve the demo, we needed to rework the Budget overview and there were several small features which we deemed necessary and didn’t finish adding until the end of the year.

In late November, I decided to delay any further development on Budget Pro until the official release of Budget; that way we would get to see and resolve all our problems in one codebase and not worry about having to rework anything in Budget Pro.

We always planned on there being two offerings of our budgeting tool – Budget, the free version and Budget Pro, our subscription option. In building Budget first, it has enabled us to identify and iron out potential issues before developing the much more complex version.

Our two Apps, Budget and Budget Pro solve the same problem, but they tackle it slightly differently. Budget is aimed at everyone; Budget Pro is aimed at users who need to collaborate or have much more complex budgets requirements.

Budget Pro is due out within the first half of 2023 and as soon as we are able, we will open it up for beta, the plan being we don’t make any of the same mistakes we did with the launch of Budget.